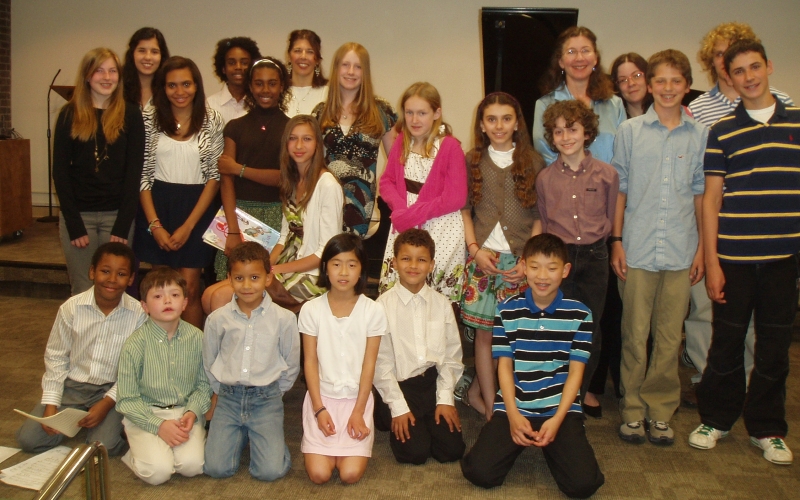 Class photo from a Student Recital at the Madison Public Library's Chase Auditorium
Ms. Bujacich is in the back row, left, fourth from the left in the white dress.
Some adult students even played in this big recital!

Link to informtion about Ms. Bujacich as a Lecturer.

TEACHING PHILOSOPHY
Ms. Bujacich has the pleasure of bringing a lifetime of diverse musical experiences into her teaching studio.  Her traditional training in Classical music combined with her band and solo experiences as a rock and jazz performer and writer, have attracted many a student to her door. Combine this with her studies in Piano Pedagogy and you have  a teacher who can also communicate and tailor each student's experience at the piano to suit their needs and desires.

Many of Ms. Bujacich's students also play by ear, improvise and compose. Younger students are taught to improvise right from their very first lesson.  If she has the privilege of starting a student from a very young age, she builds a solid foundation from which they can flourish in any given musical direction. This foundation includes the disciplines of reading, technic, interpretation, theory, memorization, performance, and music history.  By applying theory to the music, students develop deeper interpretive skills and formidable memorization skills.  She finds that their early experience with classical repertoire helps them develop a fuller understanding of the instrument and the historical significance of all music frees them in later years, making them into  better listeners, musicians and artists.

Over the years, she has had adults that only want to play classical music and have no interest in improvisation or other styles of music while on the other hand she has also taught many adults that do not read music and have no desire to play any classical music.  Ms. Bujacich is happy and challenged to work with any student that has a desire to learn and and who have a love of music.  READ MORE

EARLY YEARS IN REVIEW
Ms. Bujacich began her formal piano studies at age 5 and started playing in bands when she was in the 6th grade. One of her life's passions is teaching piano. She began teaching as an apprentice to her teacher, Adell Williams at the age of seventeen and has never stopped! Throughout her career, she has maintained a private teaching studio while also balancing teaching, performing and writing. Her performance experience fuels her teaching and teaching continues to help her grow as a musician, which keeps her young and vibrant. As a scholarship student at Manhattan School of Music, she studied with Leon Kushner and earned a BM in Piano Performance. She later studied pedagogy with Vera Wills  who was then affiliated with The Mannes School of Music. Under Vera’s tutelage, Joan gave workshops designed for the classically trained teacher on how to approach teaching pop music. She also studied voice with Edyth Poynter Lauf for many years which was a major development in her career as both a performer and teacher.  READ MORE

Music Educator's Association of NJ, Ms. Bujacich's Contributions To The Music Community
Ms. Bujacich served as  President of The Music Educators Association of NJ (MEANJ) from 2013-2016.  She has been the Chair of the MEA Auditions Program since 2011, a program that enrolls over 1400 students each spring and is hosted at different colleges around North Jersey.  She also chaired the The Glissando and 32nd Note Committee and currently chairs the Website committee.  The Glissando and 32nd Note are two valuable publications for MEA members that share news about the MEA membership and events offered to teachers and students.. Joan was the founder of The 32nd Note, the first e-letter for the MEANJ.  She also brought their publication, The Glissando to new heights by developing a new look, adding a color cover and making it more interactive with their website. Joan has been  instrumental in revising the MEA Theory Test Program and designed and notated all of the new theory tests from Elementary to Young Artist Levels. During her Presidency she helped initiate a new program for young composers called The Original Composition Festival. In recent years, many of her students have been winners in The Eric Steiner Original Composition Competition and have also been performing in the Original Composition Festival.  She also has served on the Arts Council of Kean University.
Note: Joan made a short movie tracing the early History of the Music Educators Association. Researching the MEA's rich early history was inspiring and exciting. If you would like to view the movie on Youtube, click Here.

CODA
Ms. Bujacich is an adjudicator for the MEA and other piano organizations in the NY metropolitan area. She also was a judge on several episodes of the the TV series Pitch Slapped which followed a high school a cappella group competition around NJ.  Joan also served on the adjunct music faculty at County College of Morris. In recent years she has been invited to speak to many professional music teachers. Her lectures call upon her experience from a wide variety of musical styles, composing and music technology. She has been praised for being a very motivational and inspiring lecturer. The great range of resources that she can call upon makes her a dynamic source of information for students and her peers.

Ms. Bujacich has a studio in Whippany, NJ. Her husband, Joseph Bilotti, is also a musician. They have two Steinway grand pianos in the house, numerous guitars, keyboards, various music gear, and a cat, Doeie and dog, Joey. Joan hosts many lovely classes and salons for her students and their families in their home.

If you are interested in contacting Ms. Bujacich about lessons, email her:JoanieBeau@yahoo.com 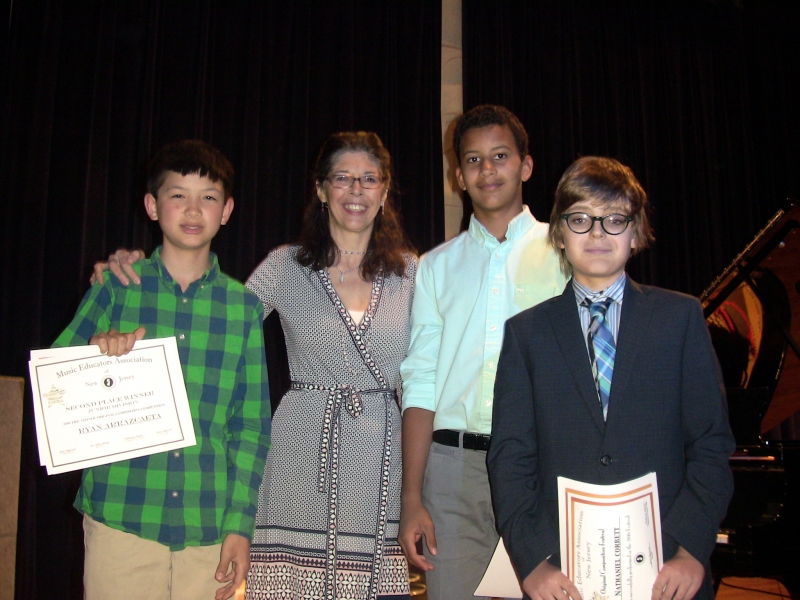 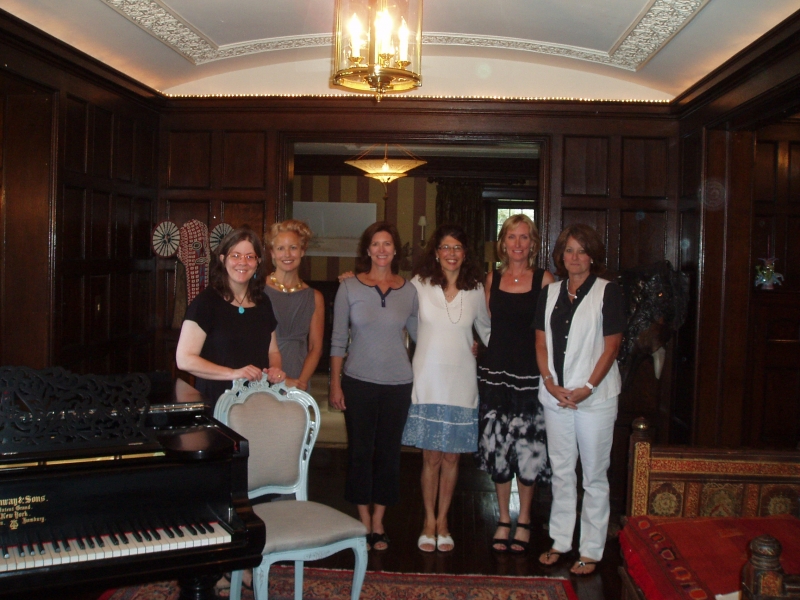